President Obama will help advance the league’s social responsibility efforts across the continent, including programs and partnerships that support greater gender equality and economic inclusion.  In this capacity, President Obama will have a minority equity stake in the new venture, which over time he intends to use to fund Obama Foundation youth and leadership programs across Africa.

The  National Basketball Association (NBA) announced the formation of NBA Africa, an outfit that is mandated to conduct the league’s business in Africa, including the Basketball Africa League (BAL) – a partnership between the NBA and the International Basketball Federation (FIBA) and the NBA’s first collaboration to operate a league outside of North America. The inaugural BAL season, featuring 12 of the top club teams from 12 African countries, is underway in Kigali, Rwanda, and the first BAL Finals will be held Sunday, May 30 at 4:00 p.m. CAT / 10 a.m. ET.

NBA Africa conducts the league’s business in Africa, including the Basketball Africa League (BAL) (www.theBAL.com), which held its inaugural season (https://on.nba.com/3rBynjl) in May featuring 12 of the top club teams from 12 African countries.  NBA Africa is focused on expanding the NBA’s presence in priority African markets, deepening the league’s engagement with players and fans across the continent, and continuing to grow Africa’s basketball ecosystem through programs like the Jr. NBA, Basketball Without Borders (BWB) Africa and NBA Academy Africa.  In addition, NBA Africa has launched several social responsibility initiatives (https://on.nba.com/2UMLuCp) aimed at raising awareness of gender-based violence, supporting girls’ education, and improving the livelihoods of African youth and families.

“The NBA has always been a great ambassador for the United States—using the game to create deeper connections around the world, and in Africa, basketball has the power to promote opportunity, wellness, equality, and empowerment across the continent,” said President Barack Obama.  “By investing in communities, promoting gender equality, and cultivating the love of the game of basketball, I believe that NBA Africa can make a difference for so many of Africa’s young people.  I’ve been impressed by the league’s commitment to Africa, including the leadership shown by so many African players who want to give back to their own countries and communities.  That’s why I’m proud to join the team at NBA Africa and look forward to a partnership that benefits the youth of so many countries.”

“We are honored that President Obama has become a strategic partner in NBA Africa and will support our wide-ranging efforts to grow the game of basketball on the continent,” said NBA Commissioner Adam Silver.  “In addition to his well-documented love for basketball, President Obama has a firm belief in Africa’s potential and the enormous growth opportunities that exist through sports.  NBA Africa will benefit tremendously from his engagement.”

“We have ambitious growth plans for NBA Africa and having President Obama join our efforts is a recognition that through sport, Africa can take its rightful place on the world stage,” said NBA Africa CEO Victor Williams.  “We look forward to working with President Obama and our strategic investors to use basketball as an economic growth engine across the continent and as a platform to improve the health and wellness of one of the world’s youngest and fastest-growing populations.”

The NBA has a decades-long history in Africa and opened its African headquarters in Johannesburg in 2010.  Since then, the league’s efforts on the continent have focused on increasing access to basketball and the NBA through social responsibility, grassroots and elite development, media distribution, corporate partnerships, NBA Africa Games, the launch of the BAL, and more.

The NBA is a global sports and media business built around four professional sports leagues: the National Basketball Association, the Women’s National Basketball Association, the NBA G League and the NBA 2K League. The NBA and the International Basketball Federation (FIBA) also jointly operate the Basketball Africa League (BAL). The NBA has established a major international presence with games and programming available in 215 countries and territories in more than 50 languages, and merchandise for sale in more than 100,000 stores in 100 countries on six continents. NBA rosters at the start of the 2020-21 season featured 107 international players from 41 countries. NBA Digital’s assets include NBA TV, NBA.com, the NBA App and NBA League Pass. The NBA has created one of the largest social media communities in the world, with 1.9 billion likes and followers globally across all league, team, and player platforms. Through NBA Cares, the league addresses important social issues by working with internationally recognized youth-serving organizations that support education, youth and family development, and health-related causes.

High level of interest from member associations; Bids to be submitted to FIFA by 30 January 2022. The FIFA Council is expected to appoint the host of the FIFA Beach Soccer World Cup 2023 in 2022. 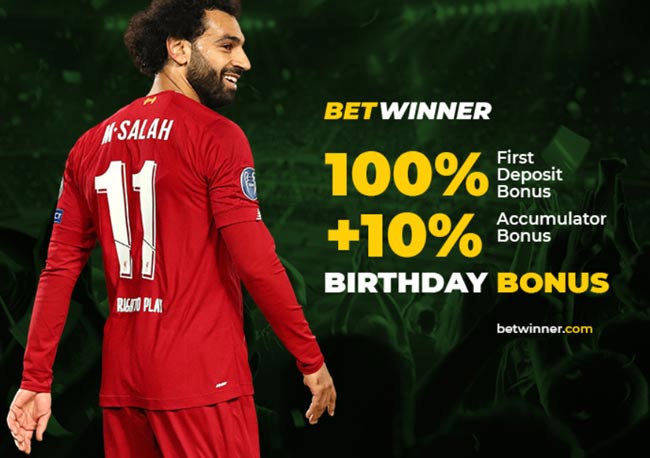 Nearly three months on from the thrilling end of the FIFA Beach Soccer World Cup Russia 2021, FIFA has received registrations from five member associations interested in hosting the next edition of the tournament in 2023, namely:

The member associations will now have until 30 January 2022 to submit their bids to FIFA.

The match is a bold initiative between Carling Black Label, sponsor of the Currie Cup, and SA Rugby

Sevens fans favourites Kenya will show off their growing ambition in the XV-a-side game after being confirmed as the inaugural opponents in next month’s Champions Match – to face the best of South African domestic rugby.

The East African nation – ever-popular at the HSBC Cape Town Sevens – will meet the Carling Champion Team, consisting of players selected by fans from any of the seven Carling Currie Cup Premier Division teams.

The match is a bold initiative between Carling Black Label, sponsor of the Currie Cup, and SA Rugby who have joined forces with the intention of recognizing and rewarding the champion voices of rugby fans – who will play selector for the match.

And now African ‘neighbors’ Kenya have accepted the invitation for the showdown at Loftus Versfield on 6 November 2021.

“We are very grateful to Carling and SARU for granting us this unique invitation and look forward to an exciting start to our international window matches.”

Meanwhile Arné Rust, Carling Black Label Brand Director said votes were streaming in from fans to name the SA team with more than 400 000 being received to date.

“The excitement for Black Label is being able to put the power to choose the ultimate Champion Team in the hands of our champion fans, basically making their ‘fantasy team’ dreams come true. And they have responded,” he said.

“We are thrilled that Kenya have accepted an invitation to be the opponents – we’ve seen how brilliant and exciting they have been on the Sevens circuit and we’re looking forward to having our Champion Team tested by them over 80 minutes.”

As the match falls in the international window and a break in the Vodacom United Rugby Championship, players from the four teams competing in the tournament are also available for selection.

“We’re delighted that our friends from Kenya have accepted the invitation,” said Jurie Roux, CEO of SA Rugby.

“The pandemic and our inclusion in the Vodacom United Rugby Championship presented a few challenges and it has been a Champion effort all round to arrive at this day. It’s great to have a fellow African rugby nation marking the inauguration of an event that we hope to see grow as the calendar settles down and fans return in due course.”

Fans were advised that the next major announcement would see the unveiling of the Champion Team coaching and management line-up.